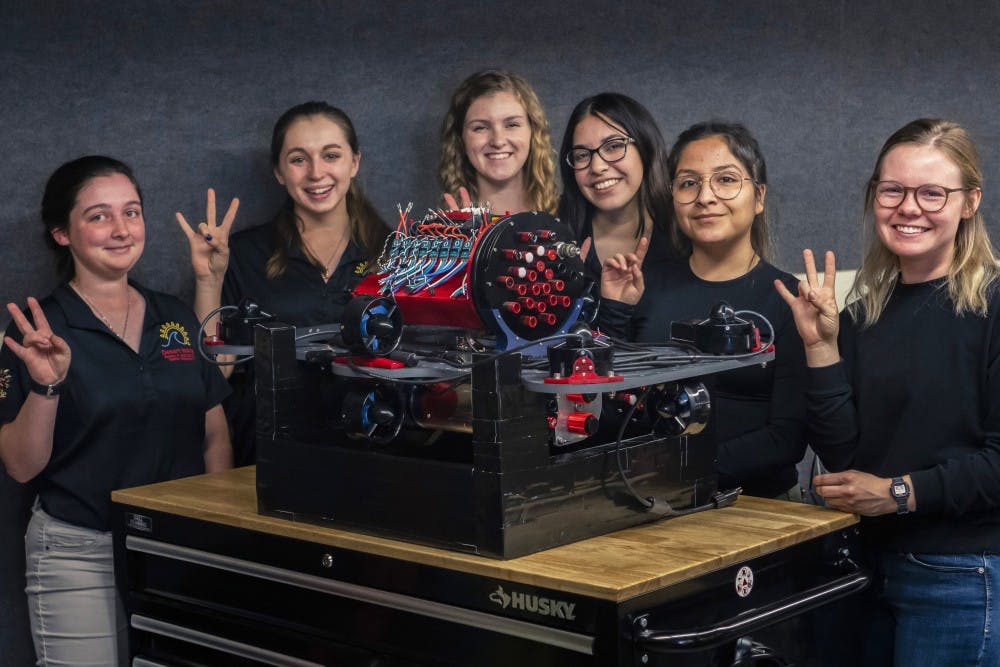 By Stephane RecouvreurSeptember 24th, 2021No Comments

Using the hydrophone array of the Subsonus USBL, Desert WAVE was able to overcome signal reflection and multipath barriers

Started in 2018, Desert WAVE (Women in Autonomous Vehicle Engineering) is a team of female freshmen engineering students formed through a partnership between the Si Se Puede Foundation (SSPF) and Arizona State University (ASU) in response to the lack of women in the engineering field. Lead by engineering lecturer Daniel Frank and Faridodin Lajvardi of the Si Se Puede Foundation, the main purpose of this initiative is to provide students with opportunities to apply the knowledge and skills learned in the classroom to a real-world setting.

The Challenge: Accurate acoustic positioning in a challenging environment

Hosted July 29 through August 4 2019 by the Office of Naval Research and RoboNation, the competition tasked 55 teams from more than 12 countries with designing and building an autonomous underwater vehicle. The contest tests the ability of submarine vehicles by performing a series of tasks.

This year’s goal for the RoboSub competition is for an AUV (autonomous underwater vehicle) to demonstrate its autonomy by completing various underwater tasks. The competition took place in a 16-foot deep testing pool, a setup aiming at simulating an open ocean to test how robots can maneuver, drive through gates, pick up objects and follow sound indicators to find things underwater.

One of the key tasks to accomplish for the AUV was to locate the position of an acoustic signal emitted by a pinger.

For the Desert WAVE team, an added difficulty was to manage signal reflection and multipath in such a tight environment.

Because the Arizona heat would slow down their computers during the day, the team could only try out the robot late at night — and sometimes in their own backyard pools.

The Subsonus USBL was provided as part of a sponsorship to ensure accurate navigation for their AUV.

The AUV was able to locate the acoustic signal emitted by the pinger using the Subsonus hydrophone array.

Ahead of the competition, the Subsonus and the software used to interpret the information it gathered have been tested for over six hours by the team. The Subsonus was placed in the center of a pool and an acoustic pinger was moved around to determine what location yielded the least interferences.

The best reading came when the pinger was against a wall 0.8m away, limiting the number of reflections.

Future tests will be conducted in a larger body of water to mitigate the echoing of the pinger against close walls. 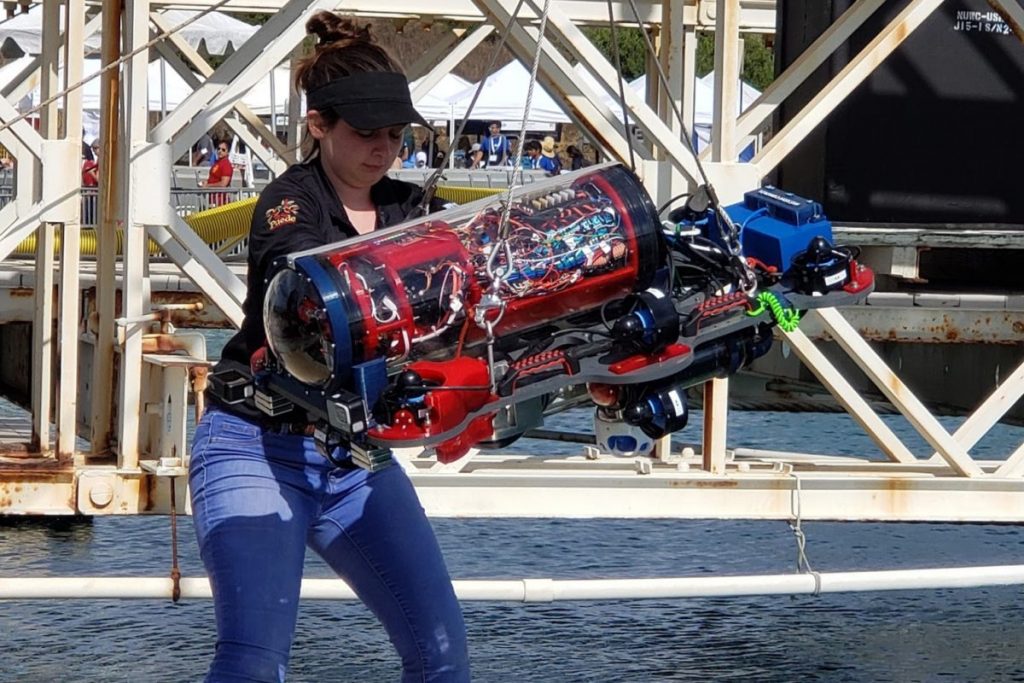 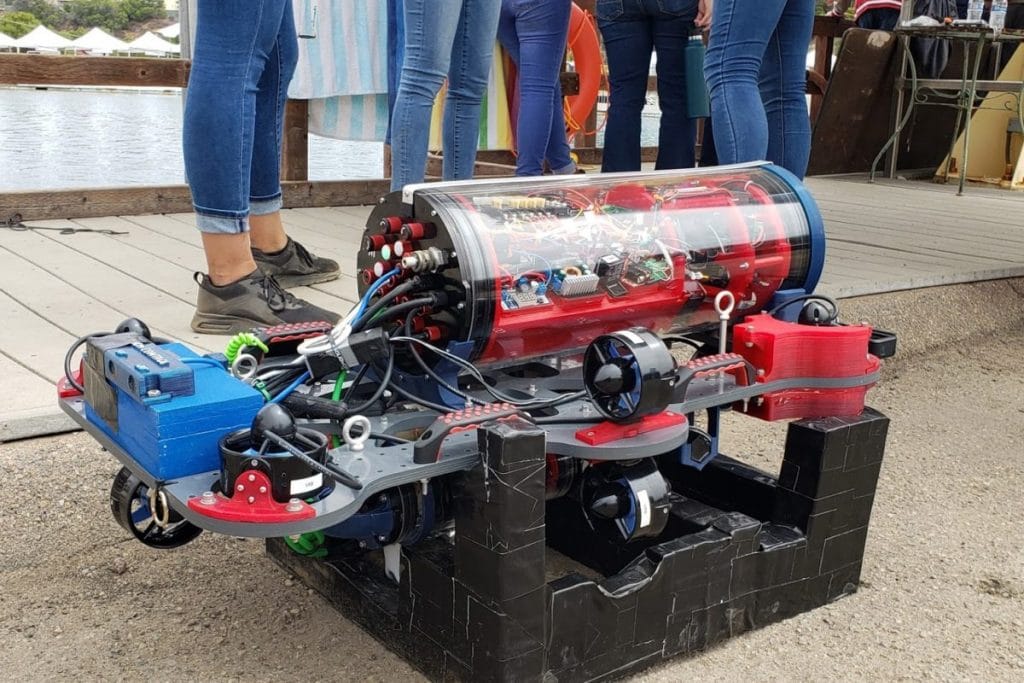 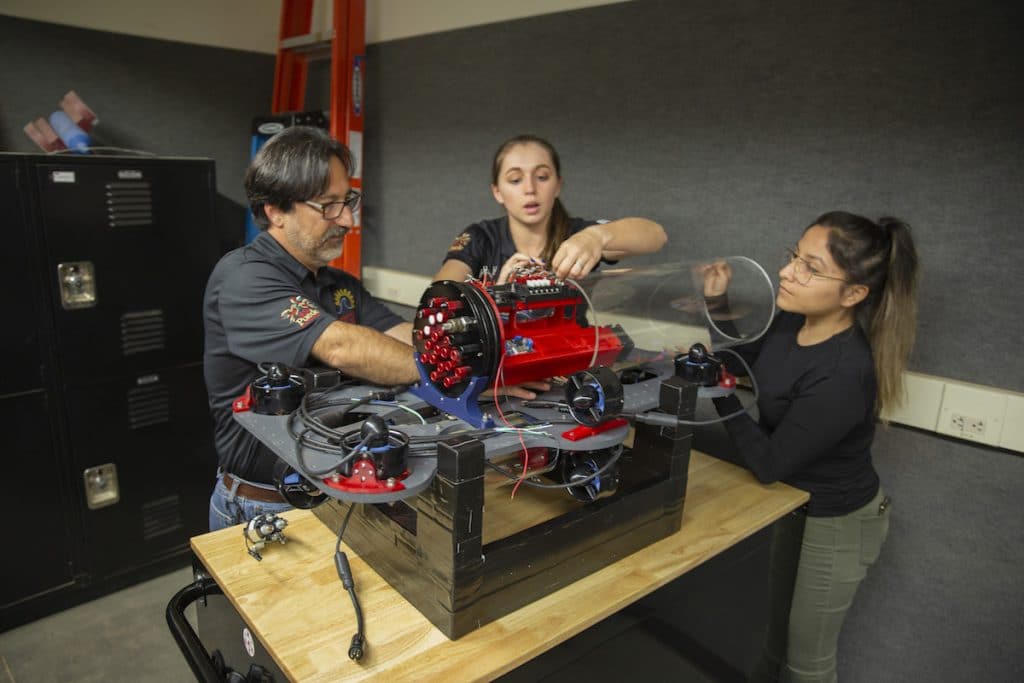 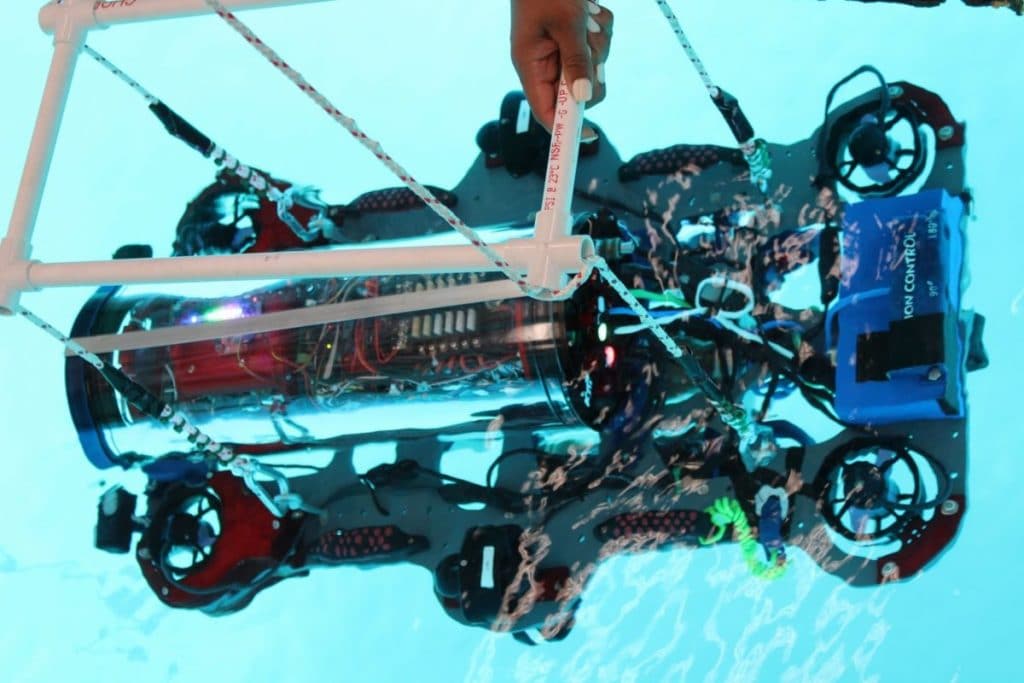 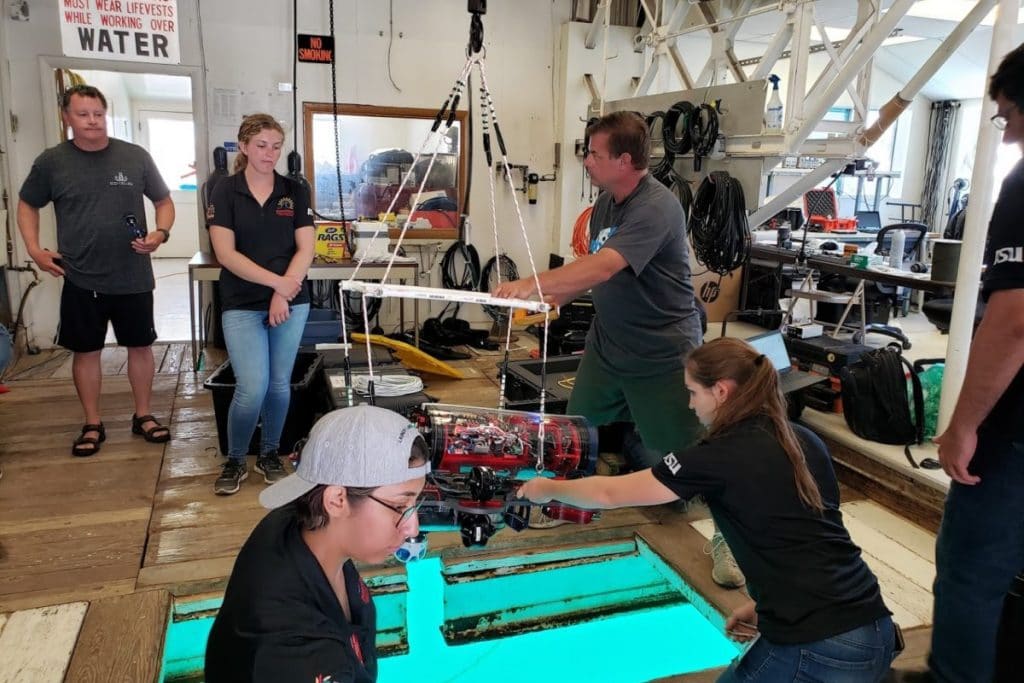 The Outcome: Third place in Robosub 2019

After placing fifth in the semi-finals, Desert WAVE swelled to third place in a competitive final round after Harbin Engineering University from China and Far Eastern Federal University/Institute for Marine Technology Problems from Russia.

Their standing made Desert WAVE the highest-ranked from the United States and earned them a $3,000 prize.

For the fifth year in a row, Arizona State University has been named the most innovative school in America.

But For Lajvardi, there were other successes to be proud of. “We created an environment that addresses the key reasons women cite for leaving STEM, comfort, achievement, status, altruism, autonomy, in this order, so they can continue to develop as engineers with less societal interference.” 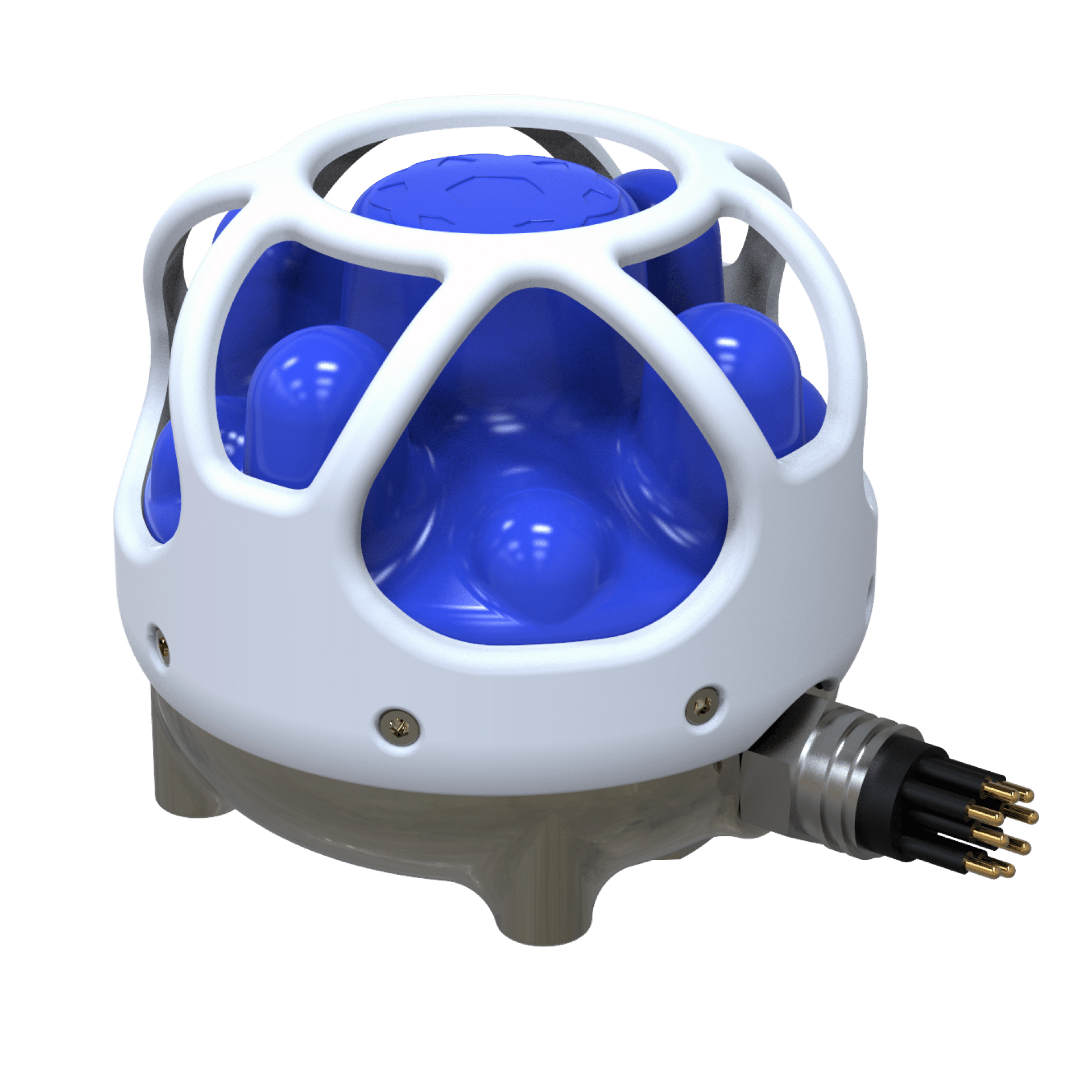 Subsonus is a next-generation USBL underwater acoustic positioning system that provides high accuracy position, velocity, and heading at depths of up to 1000 metres. The system features an industry-leading calibrated hydrophone array combined with an internal tightly coupled INS, all packed into a miniature titanium enclosure small enough to fit in the palm of your hand.