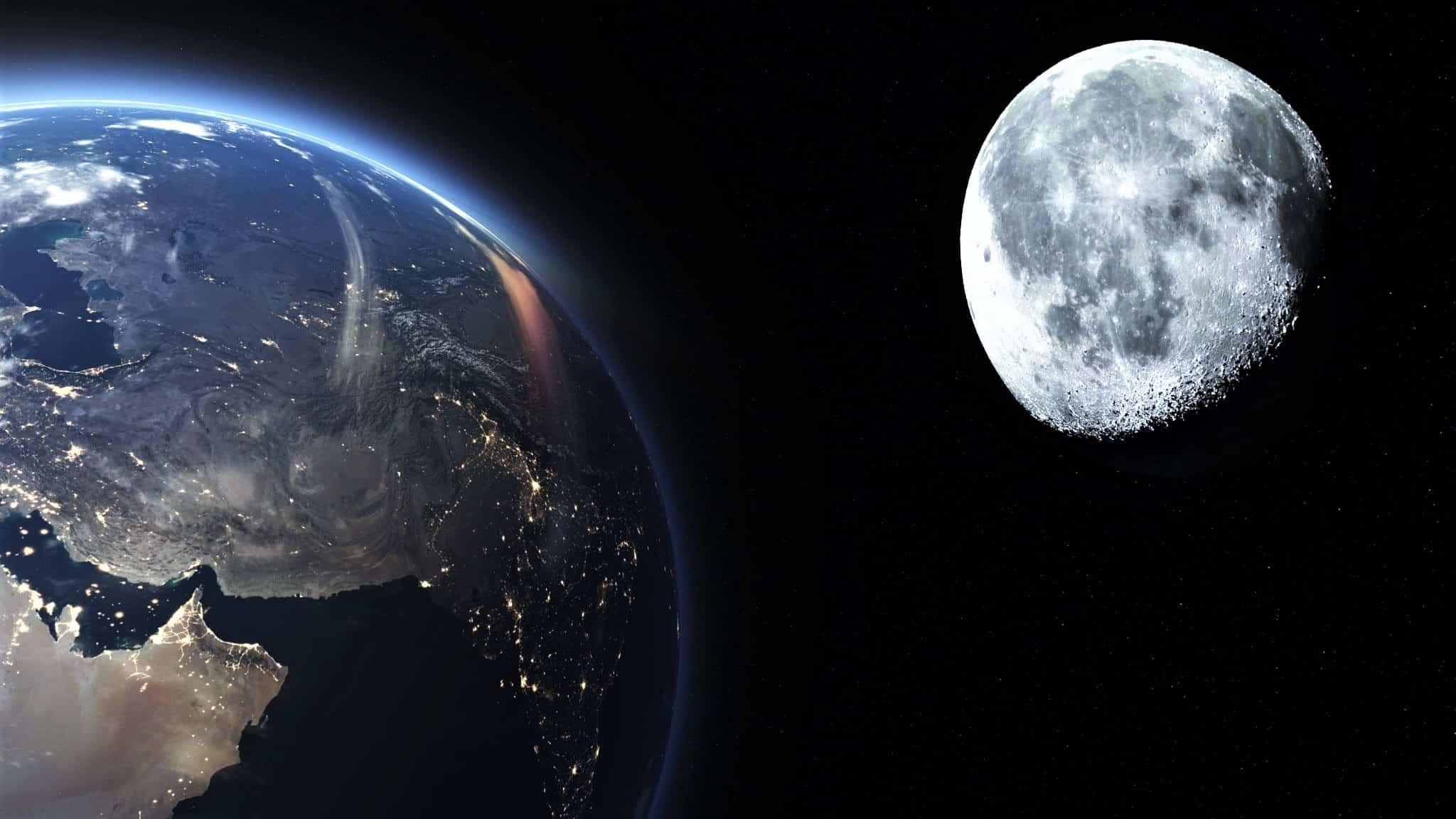 As a leading space exploration company, Intuitive Machines aims to establish the lunar infrastructure and basis for commerce on the Moon for the progress of humanity and leverage its first mover advantage to become a dominant player in the space economy. Founded in 2013, Intuitive Machines is in a leading position in NASA’s Commercial Lunar Payload Services initiative, a key part of NASA’s Artemis lunar exploration effort that is collaborating with commercial partners to establish the first long-term presence on the Moon and eventually on Mars.

Intuitive Machines also services a global list of payload customers, working to provide access to the lunar surface, cislunar data for science, technology, and infrastructure and to expand the commercial space exploration marketplace. Based in Houston, Texas, Intuitive Machines’ Lunar Payload Delivery Services (LPDS) Program was selected by NASA to land the first American spacecraft on the lunar surface since the Apollo Program and land the first spacecraft ever on the Moon’s south pole.

Returning to the Moon, without astronauts

Space exploration has resounded with the imaginations and aspirations of human beings throughout the ages. The Moon has played an unequivocal part in this fascination with what is “out there”. This inspired the iconic Apollo program (1961 to 1972), which was one of the most ambitious and inspiring technology projects undertaken by the United States; to transport humans safely to the Moon and back to Earth. The quest for understanding our place in the vastness of the universe continues to compel us to develop explorative technologies and, in particular, gain a deeper understanding of Earth’s own satellite, the Moon.

Image from the Apollo 11 lunar landing

It has been over half a century since the first human steps were taken on the lunar surface, however, the US National Aeronautics and Space Agency (NASA) plans to return humans to the Moon through the Artemis program. This time with even greater ambitions by establishing a permanent base for extended exploration and scientific discovery. Part of Artemis is the Commercial Lunar Payload Services (CLPS) initiative, which is for delivering scientific and technology payloads to the lunar surface. The CLPS initiative will be carried out over multiple missions, starting late 2022. Intuitive Machines has been awarded several CLPS contracts, including designing and building autonomous landing vehicles to perform payload deliveries.

A trending change being driven by the commercialisation of near-space (within the gravitational field of the Earth), is a widespread and increasing push for easier engagement of the cosmic frontier to deploy satellites, build space stations, and for continued scientific data collection and research. What has not changed is how unforgivingly harsh space is and how difficult and expensive it is to traverse. This confluence is driving the push for autonomous spacecraft that can complete missions without ground control or any human intervention. To remove astronauts from the equation places much less burden on engineers, systems designers and scientists to cater for humans in this incredibly inhospitable environment. However, without the ability of humans to make rational decisions on-the-fly to ensure success if unforeseen situations arise, it is imperative that the Guidance, Navigation and Control (GNC) system of autonomous craft are capable of similar feats.

Minimal weight and size of components and systems are vitally important in any aerospace design. This is even more the case for space applications, where atmospheric friction for lift and oxygen for combustion, for example, cannot be inclusive of the flight dynamics or propulsion systems. The heavier the vehicle is, the greater the rocket fuel load and size the vehicle becomes. These factors massively increase costs and complexity not only for the vehicle itself but the facilities required for launch. This creates a compelling case for seeking and using components and systems that lower the tare (unladen) weight and reduce the size of the vehicle. From a commercial perspective, the greater the payload that a vehicle can carry in relation to a finite fuel load, the greater its commercial viability.

Reliability of sensor and navigation technology is critical to any autonomous system and even more so in an autonomous space application. Currently technologies that are in use include Doppler radar, LiDAR and camera based visual systems. These systems have inherent limitations and are often required to work in tandem to help restrain some of the effects of these limitations. For example, a camera based system is unable to operate reliably in low or no-light conditions. Similarly, environmental particulates such as dust or the substrate itself can render LiDAR and radar to be less reliable.

The challenge: Significantly reduce size and weight of a critical navigation sensor to increase revenue for commercial space exploration

The commercial aspect for Intuitive Machines’ lunar landing vehicles as a means of payload delivery is of prime importance to the company. For payload customers, the cost of safely moving a mass out of the Earth’s atmosphere and successfully deploying it into space are extremely important considerations. With the idea of the commercialisation of space shipping now a reality, the maximisation of cargo volume and mass for a given vehicle design becomes critical to commercial viability. This means minimising the SWaP-C (size, weight, power consumption and cost) of applicable systems and components. Every reduction in mass and volume in the vehicle subsystems is potentially additional payload. To remain at the forefront of an emerging industry that can only become more competitive means seeking cutting edge technology that is commercially astute, brings a competitive advantage and will remain viable into the future.

Current navigational laser-based ranging sensors suitable for autonomous landings in space typically weigh in >9 kg. Intuitive Machines sought a solution that could significantly reduce the weight of that sensor package to sub-5 kg. The target weight is attainable in terms of a terrestrial-based solution, however, to build a space-qualified device is a very different proposition. The environment of space presents massive challenges in design, material selection and manufacturing techniques and this is critical in gaining space-qualified certification for components, assemblies, and systems. Every part and every subsystem is affected when designing for space, be it mechanical, electronics or software architecture.

The challenges of space

Space may be thought of as a cold, dark vacuum, but this is a simplification of what is an incredibly harsh environment. In the absolute vacuum of space, many liquids instantaneously become gaseous. This means that materials must be used that are completely devoid of water, as any water that boils off leaves voids that will affect material integrity. Temperature is another challenge – it is often depicted in film and television that freezing occurs very rapidly in space. This is true when large distances from the sun, however, at lunar distances the temperature difference between being in the shadow of the Moon and in direct solar radiation can be over 100° C. When moving in and out of shadow, this temperature change can occur within minutes. For this reason, materials must be selected that have similar coefficients of thermal expansion and contraction to avoid damage due to “thermal shock”.

For example, shielding around fibre-optic cable – if the sheathing were not entirely compatible with the glass fibre, the chance of cable damage by thermal shock increases greatly. Instruments destined for space often also require dedicated thermal management to ensure they operate within the specified survival range of critical components. Additionally, exposure to radiation and high energy particles are major threats to the operation of electronics and software in outer space. This means that sensitive components and circuitry, including stored data, require radiation shielding and additional safety measures to ensure that faults can be detected and that systems have multiple levels of redundancy to ensure correct and reliable operation.

These factors are very exciting for a commercial space application, where size and weight are primary considerations in selecting and adopting the necessary navigational equipment. Advances in sensor packages that can offer such a broad range of benefits represent a step change for the space industry.

”Lightweight precision navigation sensors are essential for delivering science and technology payloads to the lunar surface. These technologies also support data collection for science and resource prospecting once on the Moon.

The LiDAV system projects laser beams from the lander to the surface that the vehicle is going to land on. When the laser light hits the surface, it is reflected and detected by sensors in the laser unit. The lasers are ultra-high frequency, with the system applying a unique, patent pending technology for simultaneous time-of-flight and Doppler ranging at a very high bandwidth (update rate). The system provides multi-point ranging that measures lander velocity in three dimensions, its altitude, and surface-relative orientation.

Example image showing LiDAV operation during lander approach to lunar surface. At a suitable altitude, the LiDAV system activates, with the lasers providing constant altitude and velocity information to the GNC. The GNC adjusts velocity and orientation of the lander for a safe, soft landing

Terrestrial demonstrations of LiDAV show the technology to be eminently suitable for high precision autonomous navigation applications. The LiDAV laser encoding and signal processing system provides levels of accuracy that surpass other types of ranging and velocity sensor technologies by several orders of magnitude.

For example, LiDAV can measure smaller changes in velocity, at a sensitivity that is impossible using radar. This level of precision is a huge leap forward in performing autonomous, controlled landings.

LiDAV has significant weight advantages over comparable technologies, representing potential commercial benefits by increasing payload revenue in the region of several million USD per mission – a major increase in profitability. The CLPS missions are testament to the commercial viability of the technology to break new ground in autonomous vehicle control in space and improve mission safety and reliability. Applications for LiDAV do not end in space – as the technology matures, its SWaP-C will continue to shrink, which will make it a significant contributor to numerous burgeoning autonomous applications.

”Our lightweight technology is estimated to deliver substantial value to both operators and payload customers for lunar missions, helping to deliver heavier payloads to further advance research, exploration and commercial developments on the Moon.

LiDAV will not only change the way that spacecraft can land and takeoff, but will provide a new means of autonomously navigating and exploring the Moon, asteroids, and other planets, particularly when deployed in conjunction with an inertial navigation system (INS). In fact, in addition to payload capable landing craft, Intuitive Machines are currently developing exploratory lunar vehicles that will benefit from LiDAV technology to navigate the lunar surface. These include S-UGVs (space-unmanned ground vehicles), and S-UAVs (space-unmanned aerial vehicles) which are intended to explore areas where ground vehicles cannot go, such as craters, caves, lava tubes, and mountainous terrain. As with the lander, these vehicles will be fully autonomous and greatly benefit from LiDAV, as explained by Dr. Crain below, which forms an intrinsic part of the vehicle’s autonomy stack.

”Given the light weight and capabilities of the Advanced Navigation sensor systems, they are well suited for our Micro-Nova, a mini-extreme mobility lunar vehicle also known as a “hopper”. Mass on the hopper is at a premium, but we require sensors that can help us fly to permanently shadowed craters and through lava tubes. We look forward to discovering more of the lunar surface with Advanced Navigation.