By Laura HaywardLast edited May 6th, 2022No Comments 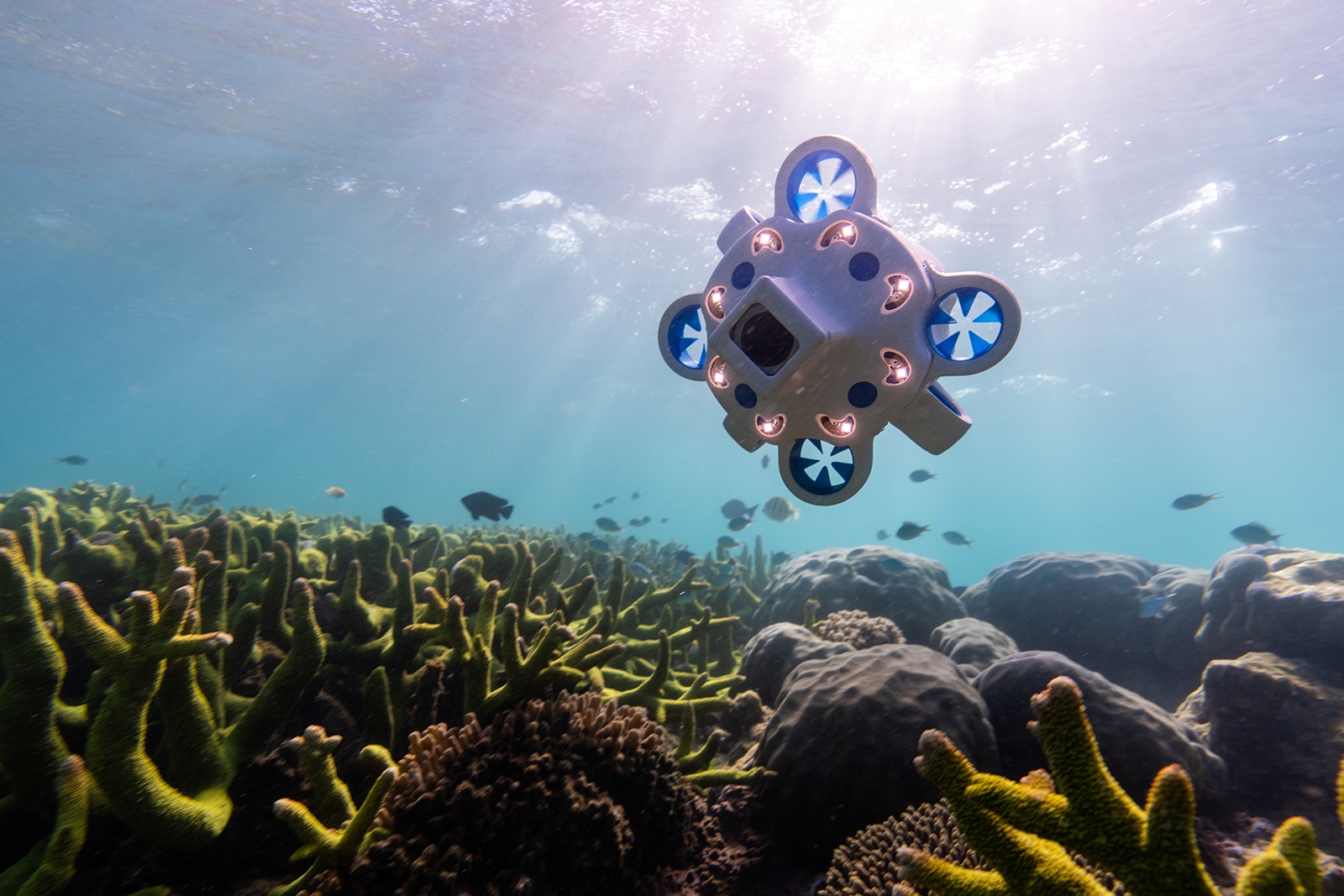 The drone revolution underwater, making ocean data accessible to everyone

Australia, 1st April 2020– Advanced Navigation, one of the world’s most ambitious innovators in AI robotics, and navigation technology, is announcing Hydrus – a revolution in underwater drone technology, developed to open exciting frontiers in ocean exploration around the world.

Operational straight out of the box, ocean users of every grade will now have access to an all-in-one underwater inspection team.

The drone revolution, underwater
The ocean is an extremely challenging environment. When venturing underwater, one can expect tremendous pressure, with no access to internet or GPS – the only way to communicate is through sound. Existing equipment designed for ocean exploration typically requires a large vessel fitted with lifting equipment, qualified crews, professional divers as well as health and safety requirements. This has made underwater data capture expensive, irregular and often ineffective.

“We’ve seen a revolution take place in the aerial drone industry, 10-15 years ago, only qualified experts could fly drones. Today, drones are simple and reliable enough that anyone can use them – which is why we’re seeing them in countless industries.” said Xavier Orr, CEO and co-founder of Advanced Navigation.

“Looking at underwater technology, we want the same thing to happen. At the moment, underwater vehicles require specialist knowledge and training to be used effectively. We’ve developed Hydrus to ensure professional grade underwater imagery and data is accessible to everyone, enabling greater opportunities across the ocean, whether it’s inspecting offshore wind farms, capturing undersea cinematography or monitoring coral reefs.”

Restoring the ocean starts with data
The ocean produces more than half of the world’s oxygen and absorbs 50 times more carbon dioxide than our atmosphere. It’s fundamentally important to every human and living species on this planet – and it’s in danger.

Hydrus has the potential to discover why some of the ocean’s greatest climate change events are occurring. This includes CO2 absorption, reef bleaching, new diseases, loss of sea life and biodiversity, coastal erosion, and fishery decline amongst others. Being able to regularly gather high resolution data will help us measure the severity of these devastating events. We can then respond proactively, constructively and decisively. Together, with research partners, we hope to discover how to restore and  protect the oceans for future generations.

“Minderoo Foundation has made a strategic investment in this program as part of its mission to engage the best science and latest technologies in support of ocean conservation” said Dr Tony Worby, Director of Flourishing Oceans and the Planet Portfolio at Minderoo Foundation.

“Having technology like Hydrus is one way of supporting our marine researchers and scientists to access cutting-edge technology which puts them at the forefront of tackling the greatest threats to our global ocean.”

An advancement in reliable autonomy

Hydrus will revolutionise the way we gather data to deepen our knowledge and understanding of the ocean. Whether it’s monitoring the Great Barrier Reef, building maps of world ocean heritage sites, inspecting underwater infrastructure and fish farms or identifying new marine life, Hydrus will be instrumental in building a stronger, more sustainable ocean for us all.

It is the drone revolution, underwater.